Overtime paid double to contend with the labour shortage this summer | “Too little, too late,” according to public-sector unions 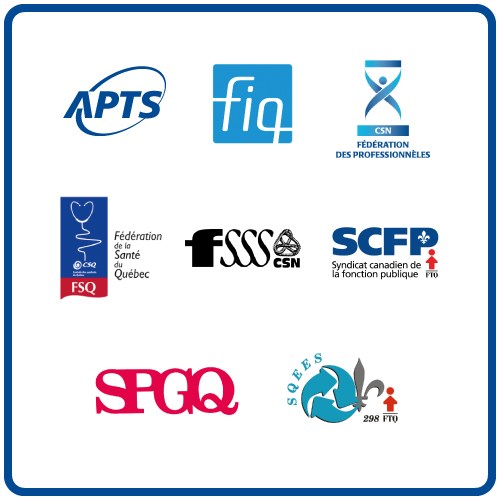 Montréal – While welcoming the announcement by Québec’s health and social services ministry (MSSS) that its public-sector workers will be paid double for overtime, labour organizations were disappointed at the conditions it imposed for implementing these measures, and at the Legault government’s lax attitude in addressing the issue.

“We notified health and social services minister Christian Dubé on May 9 that the situation on the ground was very tenuous, and that a plan had to be agreed on to avoid service disruptions this summer. We reached out to him. By ignoring our call and refusing to take immediate action, the government allowed the situation to deteriorate to the point where the measure announced yesterday is now clearly insufficient. Once again, the government is improvising instead of planning,” decried the union spokespersons representing the APTS, FIQ, FP-CSN, FSQ-CSQ, FSSS-CSN, SCFP/CUPE-Québec, SPGQ and SQEES-FTQ.

The labour organizations also deplored the fact that the government is still taking an authoritarian and unilateral approach in managing the situation, and is flouting the collective agreements’ mechanisms for introducing new working conditions that are tailored to the realities of the health and social services system. In the unions’ view, the government would have benefited from working together with them to examine all the options and choose the best solutions. To make matters worse, one of the measures that worked well last winter, allowing employees to accumulate a half-day off for every full shift worked overtime, was dismissed out of hand by the MSSS.

“If we had agreed together in May on a series of measures that would make a difference, public-sector employees in health and social services would be readier to work and less exhausted, and there would be far less risk of breakdowns in service now. But as it stands, we’re dealing with a government that’s been taking it easy for half the summer and now finds itself up a creek without a paddle in the midst of a 7th wave of COVID-19," added the union spokespersons.

In their meeting with the MSSS (where they were presented with a fait accompli), the labour organizations underscored the government’s inconsistent approach in the face of this new wave, and pointed out that employees in the health and social services system are still the ones paying the price.

“The government still refuses to give extra time off to staff members when they’re forced to self-isolate on account of COVID-19, either because they test positive or someone close to them has the virus. In addition, some people go back to work even though they test positive for COVID-19, putting colleagues and patients at risk. If the government wants to become an employer of choice as it claims in its health (and social services) plan, it has to give its employees proper support and err on the side of caution, applying the precautionary principle to those who are valiantly working to keep the system going," concluded the union spokespersons.