COVID premium | The APTS demands fair treatment for its members 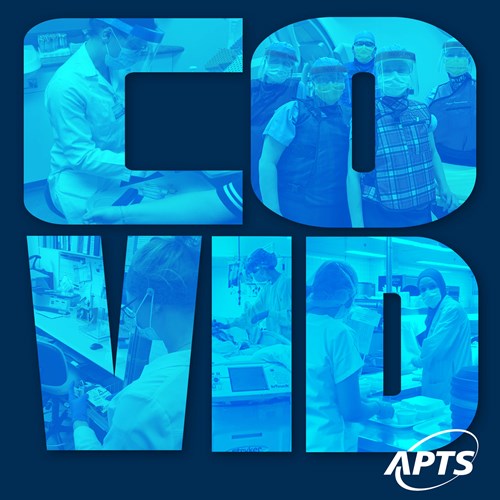 Québec City – The Legault government is stubbornly refusing to extend an attendance premium of up to $1,000 a month to thousands of workers belonging to the APTS (Alliance du personnel professionnel et technique de la santé et des services sociaux), and the union is launching a campaign to denounce the contempt embodied in this refusal.

“Professional and technical employees work tirelessly alongside employees from other job classes,” says APTS president Robert Comeau. “But since the beginning of the pandemic, the Legault government has shown how little it respects their work by refusing to give them various premiums, including a premium designed to reward attendance that can reach $1,000 a month. This is unjust and unfair. It demonstrates the government’s complete ignorance of the work carried out by APTS members, and it’s destroying the motivation of more and more workers – workers that Québec can’t afford to lose.”

The anger of thousands of APTS members has been fuelled by ever more frequent examples of injustice over the past months. In a COVID intensive care room, a nurse received a $1,000 premium, while a physiotherapist and occupational therapist who provided daily support were not entitled to it. A biomedical engineering technician who repaired defective respirators, and made sure the machines that kept patients alive were in good working order, did not get the premium, which was received by the housekeeping attendant.

The government’s lack of consideration for the dedicated work of professionals and technicians can be seen in every sector. “Diagnostic radiology, nuclear medicine and medical electrophysiology rooms, medical labs, rehab centres for physical disabilities or intellectual disabilities/autism spectrum disorder, child and youth protection centres – these are some of the places where the government has been ignoring our members’ work for over twenty months,” says Josée Fréchette, APTS 1st vice-president.

“There doesn’t seem to be any limit to the Legault government’s inconsistency in dealing with this crisis,” adds Josée Fréchette. “A social worker gets the premium when she provides support to a family facing bereavement, or the ending of a patient’s life – but a spiritual care worker working alongside her with the same family can’t have it. A biomedical engineer is entitled to the premium, but not a biomedical engineering technician – these are two people who work closely together. Is it because one has a bachelor’s degree and the other a technical diploma? A community worker gets the premium, but not a community organizer. It’s just ridiculous.”

Faced with this level of intransigence, the APTS has launched a petition on the National Assembly website to demand that the Legault government give the $1,000 attendance premium to all APTS members, along with a compensation payment to make up for having deliberately ignored them for twenty months.

“The health crisis is subsiding, and the government is talking about a transition that will lead it to end the public health emergency,” says Robert Comeau. “This is the right time to address the injustices that were experienced during the pandemic. That would indicate that the government now acknowledges the efforts of thousands of women and men who worked tirelessly to provide Quebecers with care and services, even though they felt they were being treated like second-class employees.”