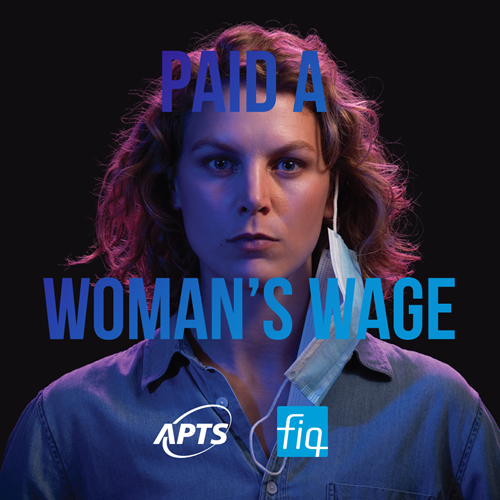 “A profession is just as valuable as a trade. But for François Legault’s government, the male category will always outweigh the female. Every day, we’re paid a woman’s wage to do essential work. It’s time for things to change.”

To convey this message, the APTS and the FIQ are jointly launching a major ad campaign on April 21. The ads will sharply criticize the way the government is treating the 131,000 members of the APTS-FIQ alliance, most of whom are women. Over the past 20 years, pay increases given to government employees have never risen above inflation. Their purchasing power has constantly been eroded, and pay discrimination has been the outcome.

Follow the Paid a woman’s wage campaign on radio and TV, in newspapers, and on digital platforms.